IZAZOV! (Bosnia and Herzegovina) is a Changing the Story Phase 2 Early-Career Researcher project led by Tiffany Fairey, in collaboration with partner organisations: the Sarajevo School of Science and Technology and Opera Circus and co-investigators, Henry Redwood and Jasmin Hasić.  IZAZOV! aimed to build the capacity of young change-makers in Bosnia and Herzegovina (BiH) to further connect with youth civil society networks and to engage Bosnian youth in inclusive civil society activities.  Through filmmaking workshops and mentoring support, six young activists, from different parts of BiH, were commissioned to create short film stories that they identify as relevant and important. They will disseminate these films to audiences that they identify.  Alongside youth led dissemination, the films will be shared with relevant policy audiences to increase the visibility of young people’s priorities and concerns. In the Bosnian context, where there are few opportunities for engaged young activists to amplify their voices, Izazov helped to build the skills of young people to extend their networks, communicate their concerns and in the long-term, to build solidarity with other young regional change-makers.

Using an action research framework, IZAZOV! Is developing methodologies that combine participatory filmmaking with youth activism and assess their effectiveness in enabling young people to increase their visibility. Research outputs include the films by young people, a practitioner workshop resource, an academic case study and a peer-reviewed journal paper. 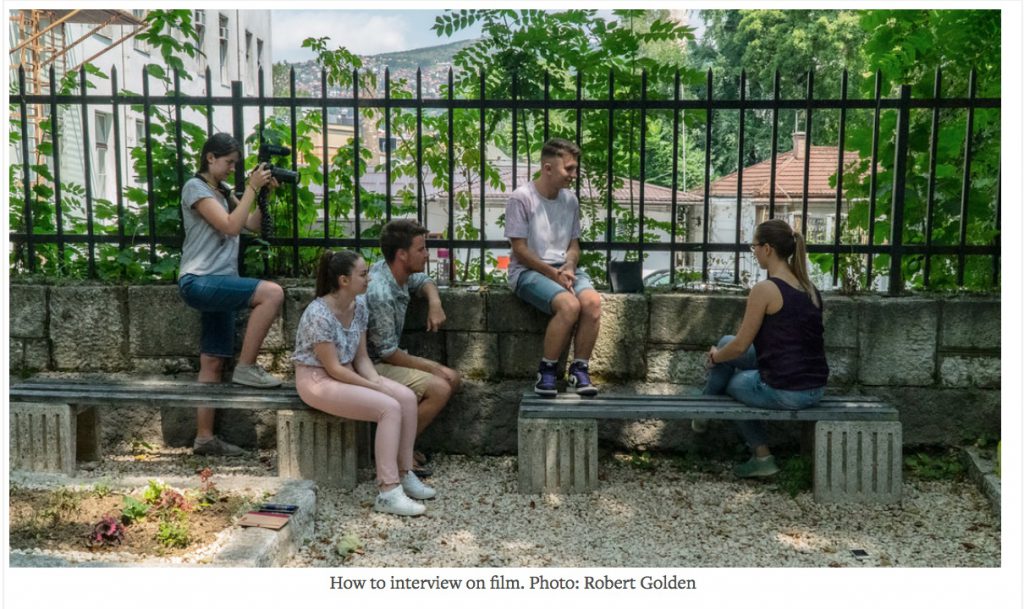